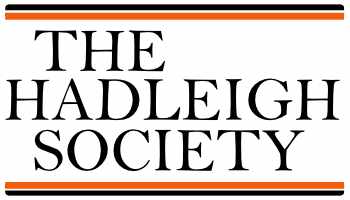 Awarded to the owners, Richard & Ruth Abel who commissioned  the substantial and sympathetic restoration works and alterations undertaken to secure the long-term future of the building

The Building and the Restoration Works

East House is a Grade II* Listed building situated within the Hadleigh Conservation Area on George Street in Hadleigh, the newly created West Lodge is part of the original East House. The character of the building remains that of an eighteenth century Georgian town house with substantial Victorian additions. Originally built and occupied as a gentleman’s town house, in the latter part of the last century it was sold into public ownership wherein it experienced a multitude of uses hosting playgroups, activity groups, youth clubs and office space. It also resulted in many internal alterations with subdivisions of the original spacious living rooms and bedrooms. Unfortunately a substantial fire in 1993 caused large amounts of damage to the South and West wings of the building, and these elements were demolished and rebuilt between 1994 and 1996. By 2006 it ceased public use and was left vacant and slowly deteriorated until Richard and Ruth Abel purchased the property in May 2017 with intent to return it to domestic use.

With plans drawn up by Roger Balmer Design of Fountain House Studio, East Bergholt  the proposal was to create two dwellings, The subdivision of space followed the divide between the rebuilt, fire damaged section of the building, and the older historic core. This allowed all of the historic fabric, and most importantly the entire front façade kept in the same ownership, as one dwelling East House

The majority of internal alterations were undertaken in the ‘1990s rebuilt’ section of the building, West Lodge ,with minor infilling and door opening amendments proposed within the historic core of the building.

The alterations to the main house largely restored lost features, and more accurately reflect the historic detailing with modern internal subdivision removed and a sense of the original rooms within the eighteenth century house reinstated. Important existing features, such as staircases, and features such as the decorative arch to the first floor landing of principal house have been retained and restored  to emphasise their former importance. Also well placed, but “hidden” roof lights, provide added light to the entrance lobby and main staircase.

The Abel’s scheme also involved restoration of the garden grounds and recreation of the high frontage walls to George Street that had enclosed the grounds of East House since the Georgian period. The works to the building and principal boundary walls were commenced in 2018 and completed late this year.

The result of these extensive works have been to provide the building with a sympathetic yet modern renewal of residential life within it for many decades to come and have certainly saved the building from further neglect and dilapidation and insensitive redevelopments or uses. The building is now restored to its former rightful position of a grand residence within the street and town.

Further works involving the erection of a “garage/garden store/annex  south west corner of the grounds reflecting the past existence of estate offices comprising a four-stalled stable and coach-house, with accommodation over the whole set in the grounds are still to be built.

The Society thanks the owners for providing many of the photographs of the exterior and interior of the building.